I like attending events and supporting institutions (through blogging or donating something like- Habitat for Humanity and NCCA), yesterday’s James Reid’s concert for a cause ( Radio Veritas Foundation Inc) was an  addition  This concert was cool, entertaining, warmed my heart  and successful especially with the presence of James Reid, CEO Jerry Lozano, Bro. Clifford Sorirta, Mga Anak ni Inang Daigdig Dancers and yes, fans of James .

Meet and Greet James Reid and his solid Fans 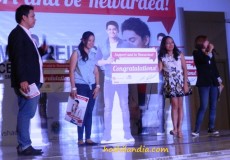 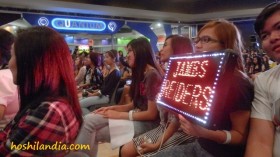 This concert for a cause became successful mainly because his fans na may taga-California, Palawan, Laguna at iba pang malayong city or province. Yung concert con mini reunion na nga ng fans ng Talk Back and You’re Dead actor. Congrats and Mabuhay sa kanila because they came for a good cause too.

So to James Reid  and his fans – nice meeting you all!

If you read my post on Public Relations,CEO Lozano handled it so well sa concert. I also appreciate that he showed his being a proud and loving father, his willingness to help, at pagiging hands on sa event.  For someone like him who owns Lozatech and Country director of  Mavshack, it’s rare and it’s very pleasant to see.

To simply Mavshack’s service for Filipinos, you can legally watch variety of local and international contents without commercial interruptions for less than Php 250 per month or $4.99 per month. It’s price is so affordable and they offer convenience, quality and best shows.

On Radio Veritas Foundation Inc,  Bro. Clifford Sorita (Operations and Marketing Consultant of DZRV Radio Veritas 846) actively promoting their Papal Visit Commemorative Gift Pack Campaign and donation drive of their foundation.  I had an exclusive interview with him that let you know

Mavshack and Radio Veritas is planning to stage another activities  similar to this event. So I’ll keep you updated about that and in the meantime let’s keep on supporting Radio Veritas Foundation Inc. Mabuhay! 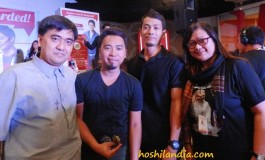 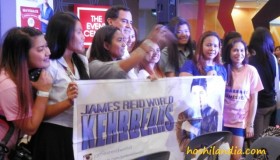 One thought on “James Reid’s Concert for A Cause…successful”