Skip to content
Home » information » How to stay safe and smart internet user?

Before and after Philippine Presidential Election I learned and realized so many things about Filipino voters and digital citizens. We’re not only active and opinionated internet users, we’re also easily swayed by internet trolls and web campaigners who use our strong sentiments in favor of their ulterior motives. Apart from those, our easy-go-lucky online behaviors also make us prone to various hurtful online issues such as cyberbullying, Facebook like-farming,  eManipulators ( my term for the Digital Influencers who aim to get high traffic and to trend only for their ulterior motives or black propaganda), and other cyber security problems (like phishing, hacking, and viruses).

Allow me to give you some pressing issues that may be not all Filipino Digital Citizens realize yet and suggestions how we can be responsible and smart Internet users [Sayang naman, ang mahal ng bayad ng internet sa ‘Pinas]

Don’t just share posts/ quotes without really reading and analyzing.  On Elite Daily, I read a study that revealed people who share and like ‘pseudo-profound” quotes are… uhmmm bobita.  Honestly, I am one of those who fond of inspiring quotes and I would like to show the world, the universe rather that I am motivated of what I read.  So ganern lang bobo  na ako?  In fairness, the study clarified that it’s about quality reading and assessment. Kaya if you really understand and take certain quotes or posts intelligently, you’re not 99.97% bobo. 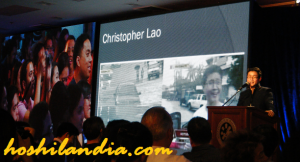 This also cool to apply sa memes, jokes, satire, and informative posts that you should know which are funny, factual, discriminating, and hurtful. If you think liking and sharing a post that bashes someone who did a mistake is cool- it’s not, because it’s the first degree of cyberbullying. Remember that every person has own interpretation of what is good or bad.  Think if the sharer is just airing his or her side, the problem is personal, and the offender just did an epic mistake.  I believe a  nice constructive criticism would be “sana hindi ganun kasi ito ang sitwasyon o batas” [I hope he didn’t do that because this is the situation or rule] and not “^%$#@ lalake/ babaeng ‘yan di pa matepok” [blah blah he/ she should be dead].” Lamok lang?  If liking, sharing, and bashing is like writing on the Death Note, many die thousand times horribly.

Don’t believe in whatever sources to justify your opinion [confirmation bias].  I believe bloggers [like me] desire to gather comments, create posts that trend, and make highly traffic websites in the Philippines or world. However be aware that some, big or small-time, online publishers resort to type of content creation that trend for hits, advertising, and campaign purposes that manipulate our emotions for the sake of their ulterior motives.

Honestly, I am amused of eManipulators’ strategies as they smartly combined content marketing, guerilla marketing, and trolling in subtle effective ways.  I don’t blame them entirely for influencing people, because somehow Filipino netizens [themselves] suggest this empowering idea and allow genius eManipulators to use their social media accounts.  The casualties here are not only the common social media users, but the decent and good online publishers as well – yes, I am also pertaining to News Sites and media. 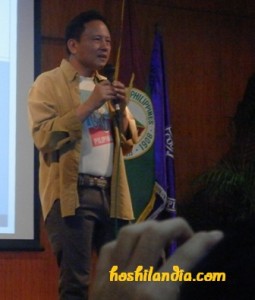 I understand that some are bashing local media for seemingly “cover-up” reporting. They may really doing it because after all, who don’t have partiality and loyalty? However, let us not forget that journalism is not about revenue [advertisement] or rating-game and reporters follow media laws and ethics.  Though there are feature and documentary news that take particular angles [compare to straight news], journalists try their best to weigh the pros and cons of their reports. For them, every article/ post/ episode/ program is a big deal because what at stake are their reputations or [worst] lives. By the way, the Press is considered as the fourth estate/ branch of Government [please check what is al about].

For clarification, I am particularly pertaining to Filipino internet/ social media users who share links and articles that ONLY confirm their theories or favoring their political beliefs. I am not against to any blogger or politician, but I hope everyone notes what are confirmation bias, and yellow journalism [ that you can’t use against mere online publishers, if in the  first of they’re not journalists or certainly don’t know what is  unbiased newswriting].  Anyhow, I agree with President-elect Rodrigo Duterte’s three categories of journalists – crusader, publicist, and vulture.

Protect your online and offline well-being by following cyber security measures.  Recently, I read about Stop. Think. Connect. , a global stay safe online advocacy of [US] National Cyber Security Alliance (NCSA) and the Anti-Phishing Working Group (APWG). I commend their simple and very rewarding tips that beneficial for all internet users [bloggers, online buyers, e-commerce sites, netizens, etc]. The simple steps are yes- STOP, THINK, and CONNECT. I guess I already covered the Stop and Think parts, but to give you other ideas that are related to cyber security…

Believe me, I have four relatives who were victims of online scammers/ hackers. My Ate Cel once click a link sa kanyang email that navigated to the website of her bank. A week later, she found out that someone withdrew money from her account.  Indeed, she’s a victim of phishing as apparently, she entered her log in details on a fake bank website that imitated and created by scammers.

Another issue…my niece woke me up and sobbingly said that her Facebook friends/ classmates [and their parents] were bashing her because of the post, she didn’t actually share (the link was published when she’s already sleeping].   If you ask, ang post ay tungkol sa eskandalo ng isang child star na nakahubad.  The first thing that I though about was to remove the post, but believe me or not in split seconds, I saw the unlikely people who actually did “Like” the post. Possibly, they just click the “like” icon for the sake of what…clicking it?

I didn’t bother to read the comments [as I am more interested to find what or who’s the culprit of this hacking incident] at that time. However, my older brother who first read the post shared that some parents of Niece’s classmates commented something like ‘akala ko matino kang bata.’ I understand where they coming from, but sarap ding sabihin ‘di rin kasi kayo nag-iisip if they bash my niece online and offline after my explanation happened – that means how narrow-minded they are [pero wala naman daw nangganun Thank God!]. 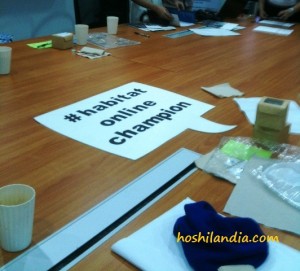