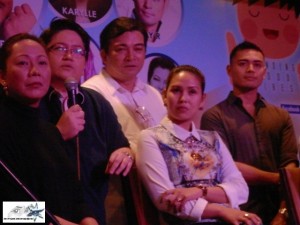 70 years ago, the entire Philippines experienced heaved a sigh of relief when World War II ended. Now it’s time to celebrate this positive historical event and have a blast through Handshake for Peace.  HfP is a free event, initiated by visionary group Sending Good Vibes that is open for everyone at MOA Open grounds on May 24. There you’ll be entertained with activity booths, games and stars such as Billy Crawford, Iya Villania, Jay-R, Karylle, Alodia Gosengfiao, Jamie Rivera, Lovely Rivero, DJ Cha Cha, Winnie Cordero, DJ Eva Ronda and Jo Awayan. 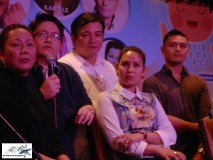 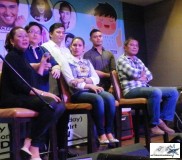 Not a mere campaign, Sending Good Vibes chooses to make this call a feast of hope and giving positive vibes for everyone. Though they want to acknowledge and give something for war veterans and    perhaps comfort women,   Handshake for Peace is not a fundraising event.  SGV shoulders all the expenses, including prizes for raffles and games, so there’s no entrance fee or money to shell out.  All you need to do is

Wake Early on May 24

And wear white shirt when you go at MOA Open Grounds around 6AM.

Here’s my video (sorry gilid mode) about this event