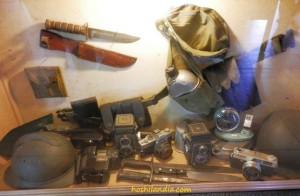 Here and abroad, Filipino Independent Films become avenues for actors and directors who want to hone their craft. Indeed,  in doing this kind of movies what matters is the artistry and not the commercial value. But of course, actors, directors or even the entire production staff are human being and they also pay bills. Recently, a friend of mine shared that Greenhills’ Teatrino decides to show well-loved independent films every Saturday, starting September 13 to November 29, 2014. It excites me because I like several indie  movies ( foreign or local) especially those  Cinemalaya entries/winners and it’s an opportunity for us to support Filipino artists / filmmakers.

Now with Teatrino, which also a concert venue, movie buffs have chances to see and discover several Filipino films  that are rare to find. Like  this September 20 and  September 27, cult-classics Sana Dati and Ang Nawawala (What Isn’t There) ang mapapanood sa The Teatrino Film Series’ Independent Throwback Treat,

I already watched Ang Nawawala (co-written and directed by Marie Jamora)  sa Cinemalaya noong 2012, It’s a very cool movie that has captivating plot but also has entertaining music and sets. You want to remember phonograph days? Feel the underground concert scene? Well they are all part of this film top billed by Dominic Roco, Annicka Dolonius, Boboy Garovillo, Felix Roco and Dawn Zulueta.